New facts in the case of the so-called „African Wizard”

The position in the central structures, used for private purposes. Far-away expeditions on behalf of the National Chamber of Commerce with the outcome of slander against the good name of our country. And at the same time,  increasing „wizardry” skill to get a satisfactory result for the person concerned. i.e. as much money as possible.

According to representatives of listed company, and as a matter of fact, according to most of the people who are acquainted with the case, Witold K. uses his position of Vice President of the National Chamber of Commerce (NCC) for his private purposes, broadly understood. Therefore, the company decided to write a letter, in which enclosed its findings and facts in respect of the matter. In response to the above letter, however, a Member of the Board of that company reads what follows: „Numerous representatives of Polish business operate in the NCC, who, at the same time, also occupy positions in statutory bodies of the Chamber, what is natural in the operation of economic self-government around the world.” The reply, very general in character, was actually supposed to send one, but a very blunt message: nobody can remove or even undermine, Witold K. from his positions in the Polish Chamber of Commerce.

What is more, after detailed reading of the letter content, we learn that „Mr. K., the president who presided over the trade mission on behalf of the Polish Chamber of Commerce and as president of the Chamber of Commerce in Bialystok, where he signed an agreement on cooperation  of economic self-government between Poland and Senegal.” That mission took place between 24.07.-07.28.2016, and a copy of the unlucky letter was also forwarded to the Undersecretary of State in the Ministry of Agriculture and the President of the Lower Silesian Chamber of Commerce. Therefore, from the sentence quoted above, it is easy to infer, that the message to all concerned was to announce that any and all actions against the wizard are futile.

The recording will tell you the truth

The position of the African Wizard – strong and challenged by nothing, is not just a speculation, but also a matter of facts. The person in question in his recording from his travels abroad, which is in a disposal of Lex Nostra Foundation, declares that  he was perfectly aware of sending of the said letter. Moreover, he possesses all  the documents about himself.  He evidently makes fun of his adversary, to whom the answer was addressed, by making final remark , quote: „he is nothing.” He is also perfectly aware of support, he can count on the part of the President of the Polish Chamber of Commerce Andrzej Arendarski.

On top of that, by listening to the recordings, we find out that the African market is extremely fragmented and definitely other entities, and not company , as it might seem, have all the cards in the game. However, temporary incapacitation of magical power was felt with respect to the unlucky letter, which was sent by the representatives of the company with the intention of undermining Mr. K.’s  position. As a consequence, the man has a huge grudge against the company representatives, since it was him who acted just like the African wizard and in his own view, promoted their brand and it is due to his efficient activity allowed the expansion of business into the markets of Tanzania or Kenya.

However, Witold K. did not plunge into despair, because, in his opinion, „in the end, it will have negative consequences for them.”The final words that were included in the recording, „even if I was  the worst in the world, as of today I am winning everything” – sums up his supernatural influence.

Casting further magic spell the Wizard shall make a Polish investor start construction of food warehouses in six local provinces in Kizota (Tanzania). Interestingly, all the investments are to be carried out from the loan received from the Government of the Republic of Poland. And it is not going to be a small amount, because the silos are to have the capacity to store approximately 100 000 tons of grain simultaneously. It is important to pinpoint in the eyes of the Tanzanians Witold K. owns a huge grain processing plant in Poland and a factory producing raw materials [components?] used in the construction of silos, since these are the lies he was telling them.

Perhaps with the powers at his side and the spell cast correctly it will happen so, but for now it remains the only in the head of the African Magician, or perhaps only there. From the information obtained from Ruwaichi Mamba, the head of the NFRA Centre, the entire surface area of Kizota amounted to 33 ares, and there are only three food warehouses that can store such large quantities.

As a result, there is no other choice than to store corn outside, covering it with a waterproof canvas, that is why this investment is necessary.  In order to appear credible –  that every word  translates into reality – in the eyes of the African people, that is – the Wizard personally took care of all the necessary aspects. Namely, he wanted to know the infrastructure at the site, surface area, as well as methods currently used for food storage. He needed the above-mentioned data to draw up maps of the area to be able to commence the next step, which was sending Polish experts to begin construction as soon as possible. So much in theory, and even that in dreams only. So what about practice? Silence. Therefore, the purpose may have been right, since the current government of Tanzania is faced with the challenge of creating a market for agricultural products, but its implementation is much worse. Usually that’s happens in the world of magic.

Funds are the most important matter in construction of huge food warehouses in Tanzania. As it turns out – Polish funds shall be conjured up, as befits a wizard – Mr. K. According to the information from two years ago, Prime Minister Mizengo Pindy, the local government checks the possibility of obtaining the loan from the Polish government on very favorable terms, which shall directly finance the domestic food magazines, and indirectly contribute to improving the situation of agricultural products in Tanzania.
This information is from the point of view of the Tanzanians. It is true that confidence on Tanzania’s side is detached from the knowledge, or rather complete lack thereof, which characterizes the Polish government, but knowledge can always be made up, however the implementation in real life is much worse. What is more, the Prime Minister also confirmed that he will send a team of experts who thoroughly discuss procedures with representatives of Polish authorities.

It is worth noting that Mr. Mizengo Pinda visited Poland, namely MLYNPOL factory in Chojnów, during which Witold K. – claiming to be the owner of the company, walked him around „his” property…

On top of that, the magician meticulously explained how the factory operates, not omitting that it buys products from farmers in 16 provinces around the country. Of course, he did so because our Magician had to appear a credible person, and thus the position he occupies and contacts available.

In addition, the factory’s condition is pretty good, bringing profits. The only discrepancy is the person of its owner, but who would pay attention to such minor details, especially when dealing with the Wizard …
One touch of the magic wand and the problem is gone. That is also why a greater embarrassment could be seen on the face of Prime Minister of Tanzania, who summed up his visit to the mill, saying: „Our friends have modern silos, construction technology and the best methods of food storage while we are faced with the challenge of how to help our farmers to sell their products, which is the result of this year’s surplus grain production.”

As it turns out, negative opinions about the hero of our „fairy tale” – Mr. Witold K.- share more and more people unrelated to each other. One of such persons is Nicholas Ronoh, who at the very start of the conversation informs us that Mr. K. is not an honest person, therefore, recommends extraordinary precautions in dealing with him. In his opinion, one should seek advice from a lawyer who by deceit can skillfully entice the African Wizard to commence cooperation.

In the first article we mentioned that the case concerns the man who has shown his skills and business contacts in a magical manner for the last two years, leading to the execution of tenders worth approximately USD 100 million. Moreover, he has proven his ability to affect virtually every and all decisions, and the fact that he is capable of renting a governmental plane or providing a proper reception for the Prime Minister of Tanzania.
How a man can have such a powerful influence? The answer  is very simple since we are dealing with a Wizard: a mixture of magical ingredients, that is the location – Africa, the plan – notoriously repeated ad nauseam and the „magical influence” of his assistant. The above mentioned components,  despite the passage of time and greater knowledge on Witold. K.’s superpowers, bring the desired result, resulting in further promises, which cannot be fulfilled for economic reasons.

Travels to foreign countries, called far-away voyages, funded by the Poles, or rather money from their taxes, since economic missions are subsidized by Polish Ministries. These are remote areas, so the amounts needed to organize those travels are anything but small.

Therefore, the position of the African Wizard still appears to be strong and it is not known whether it is a question of his „magical” powers which are responsible for this or ignorance of the African co-workers and the lack of response from appropriate Polish officials – not related to the world of magic… 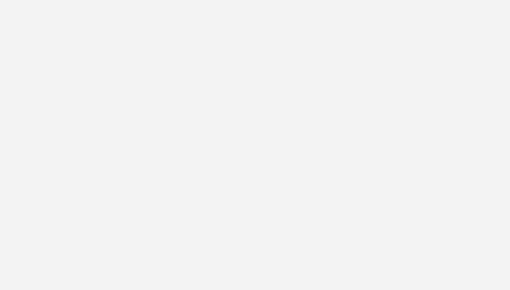